Today, we’ve met Juan who is our language assistant. We asked him some questions in order to know him better.

Juan is 27 years old and he is going to stay in Confolens for 6 months. He is American and lives in Los Angeles, California (USA). He travelled by plane and the flight lasted 15 hours (with a stop in Iceland).

At Berkeley University, near San Francisco, he studied political science and languages. He can speak a lot of foreign languages: French, Spanish, some German, a little Italian and English of course. He graduated in political science.

We talked about his family. We learnt that he has 2 siblings: a sister and a brother.

He doesn’t have any pets but he likes them a lot especially dogs, cats and hamsters.

He loved travelling to Tokyo: that’s one of his favourite destination. He has travelled to a lot of countries in Europe like Hungary, Germany, Turkey, the Czech Republic, Serbia and Spain… He is a real a globe-trotter! His dream is to become a photographer and to travel the world. 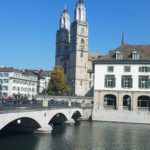 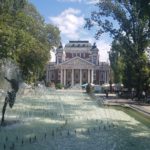 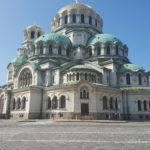 Juan likes French food, the people, the weather and football! He will probably find he climate very different here!

His favourite singer is Bono from the Irish band U2 and his favourite film is Toy Story 3. He likes reading, running, cooking (spicy Mexican food) and hanging out with his friends.

During his stay in France, he is going to help the students improve their language skills but his aim is also to learn how to speak French more fluently. Besides, he would like to make new friends and to travel.